(February 3, 2022) Nantucket Cottage Hospital is pleased to announce that Bruce and Elisabeth Percelay will serve as the event chairs for the 25th Annual Boston Pops on Nantucket set for August 13th, 2022.

As longtime Nantucket homeowners and island supporters, the Percelays will oversee Nantucket’s signature event of the summer, featuring the Boston Pops Esplanade Orchestra and a special guest to be announced at a later date, after a two-year hiatus brought by the COVID-19 pandemic.

The annual concert is the largest single fundraiser for Nantucket Cottage Hospital, with all the net proceeds generated during the event staying on Nantucket to sustain the hospital’s operations and its year-round commitment to the health and wellbeing of the island community.

“We recognize the critical importance of the POPS concert to the hospital’s financial health and we are thrilled to be a part of it,” said Bruce Percelay.

The concert will mark the 25th year for the Boston Pops on Nantucket, at Jetties Beach, with general admission ticket sales beginning online this Spring.

For many years, the Percelays have been major supporters of Nantucket Cottage Hospital, with Bruce serving as the chairman for the hospital’s capital campaign, raising over $120 million dollars for the hospital and community.

Outside of NCH, the Percelays have been involved with numerous philanthropic endeavors, with Bruce driving the development of Nantucket’s Whaling Museum, as well as serving as a Board Member of Massachusetts General Hospital, chairman of the Edward M. Kennedy Institute for the United States Senate and as former chairman of the Massachusetts chapter of the Make-A-Wish Foundation.  Bruce is chairman and founder of the Mount Vernon Company, a real estate development company in Boston and chairman and publisher of N Magazine.

Elisabeth Percelay is currently serving on the board of Nantucket Cottage Hospital and is the chairman of the board of both the Children’s Advocacy Center of Suffolk County and the First Dutch School in Boston. She is an international tax lawyer and managing director at Ernst & Young.

“After a two-year hiatus, we’re thrilled to be able bring our community together once again for the 25th Boston Pops on Nantucket,” said Gary Shaw, President and CEO of Nantucket Cottage Hospital. “And who better to help usher in the occasion as co-chairs, than Bruce and Elisabeth, a couple that has consistently done so much for our island community.” 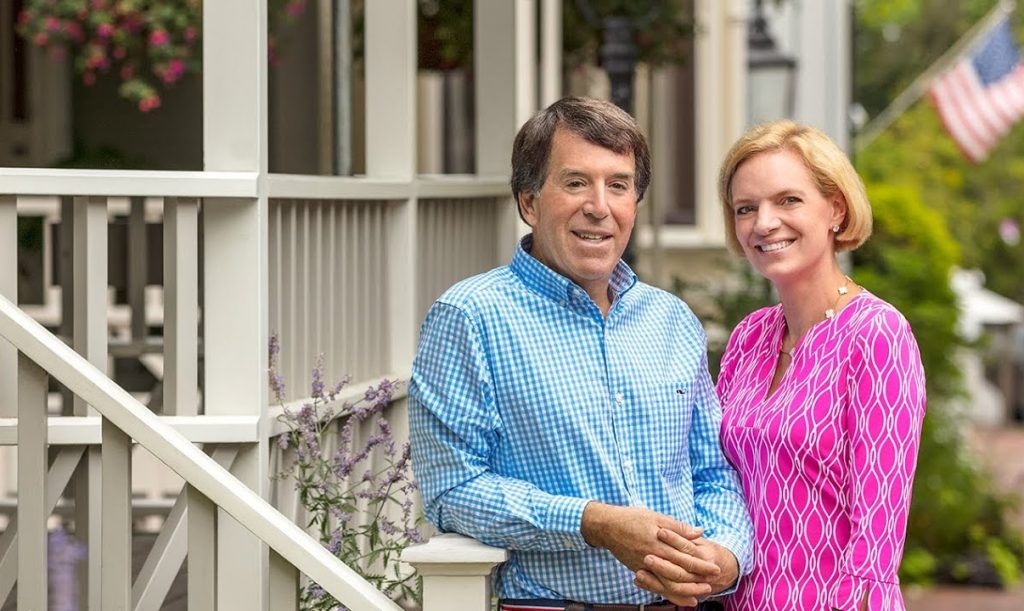