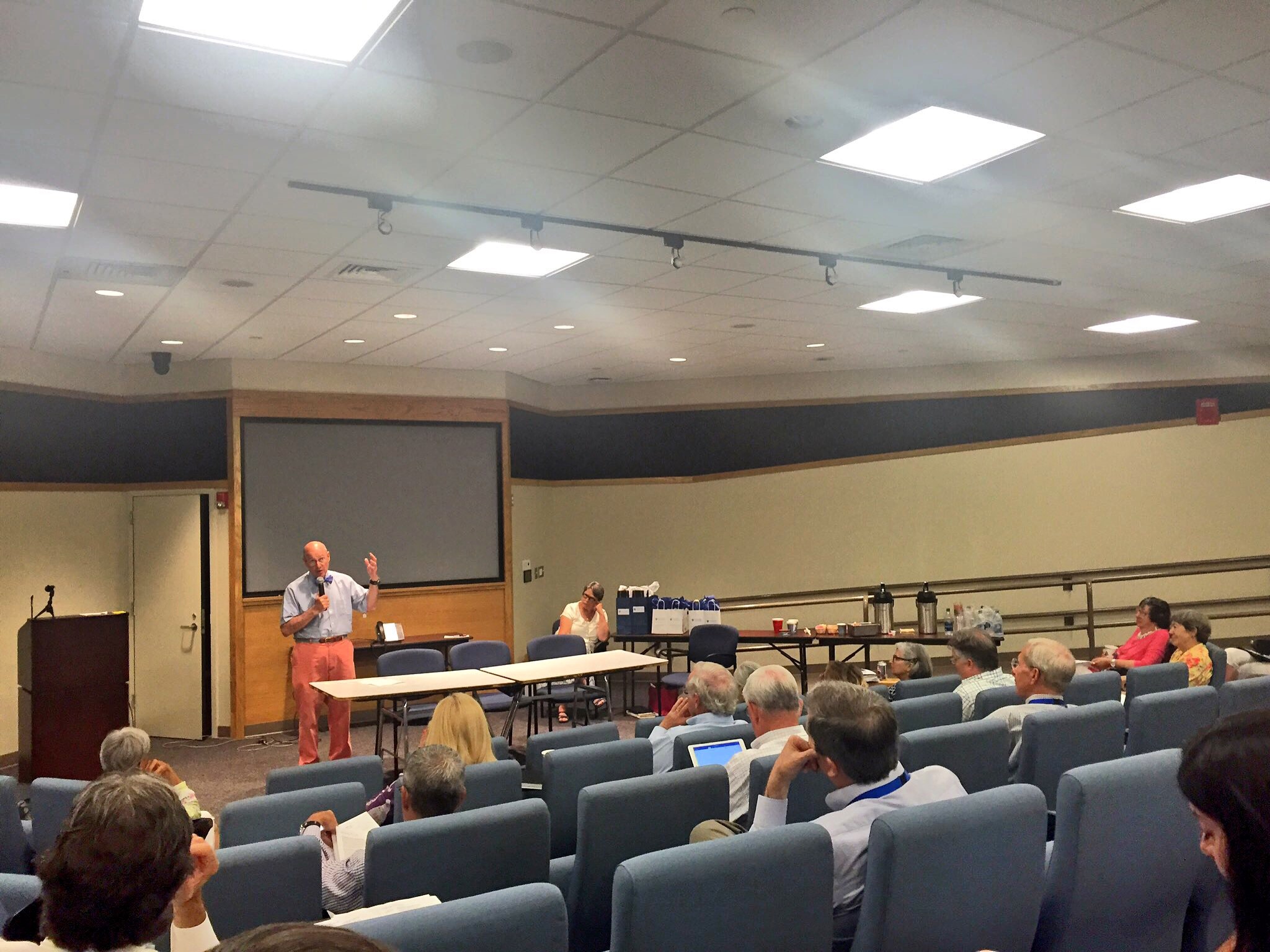 Nantucket Cottage Hospital held its 105th Annual Meeting today and welcomed new members to its Board of Trustees and Advisory Council, thanked outgoing members for their service, and honored its volunteers and leaders.

Five new Trustees were appointed to the Board, including Camp, Bruce Chabner, MD, Laura Reynolds, Melanie Sabelhaus, and Elizabeth Winship.

Nantucket Cottage Hospital President and CEO Dr. Margot Hartmann, along with chairman Hickey and Dr. Rocco Monto, president of the hospital medical staff, updated attendees on the state of the organization, the plans for the future hospital, and other major projects on the horizon.

The meeting was also highlighted by “The Patient Experience 2020” session with Dr. Jeffrey M. Drazen, the editor-in-chief of the New England Journal of Medicine, and Dr. Joseph C. Kvedar, the director of the Center for Connected Health at Partners HealthCare. Drs. Drazen and Kvedar offered a look into the future at the direction of care delivery, including telemedicine, as the field continues to experience rapid transformation.

Betsey Brooks and Allyson Mitchell, who spearheaded the hospital’s new Pediatric Patient & Family Advisory Council and the inaugural Be Well Children’s Health Fair in March, were presented with the Myrt Eldridge Volunteer of the Year Award.

“These two women have been amazing volunteers and ambassadors for Nantucket Cottage Hospital,” said Dr. Margot Hartmann. “Alli and Betsey have done so much for our hospital over the past year, I can’t think of any two people more deserving of this award.”

Aunt Leah’s Fudge and Faregrounds Restaurant both received the Phil Murray Business Award for positive contributions to the island community and support of Nantucket Cottage Hospital over the years.

The 2016 Sandy Craig Leadership Award was given to Trish Bridier, the chair of the Community Outreach Committee for the new hospital.

“Trish was there from the very start of the campaign, helping to lead a small, committed group of year-round residents to first answer the question about why we need a new hospital, and then building support for the plans and fundraising,” Dr. Hartmann said. “Through all of the ups and downs of this campaign, Trish has been there to help us. As a former Trustee of the hospital, she understands the importance of our mission and building a future that will allow us to continue to fulfill that mission for the community.”

The reelection of a number of current Trustees was also announced at the meeting, including:

The outgoing Trustees who had reached their term limit or were not standing for reelection were thanked for their service, including Robert Brust, Bernard S. Carrey, Robert L. Reynolds, and Keith Roe.